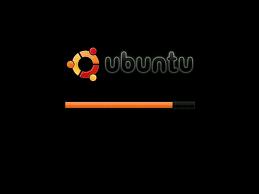 Ubuntu is the most wildly used operating system after Microsoft windows. It is easy to use. Even though after the introduction of unity panel, it lost some of of the users, who was not satisfied with gnome session fall back.
Ubuntu got a big community and it releases its updates and versions in time. The fun part is it is known to have the most interesting  release code names.

Let us see how they are naming their operating system. The naming convention / scheme of Ubuntu is as follow:-

The official name of an Ubuntu release is “Ubuntu X.YY” with X representing the year (minus 2000) and YY representing the month of eventual release within in that year. Normally The releases are on April and October (X.04 and X.10) Ubuntu’s first release, made in 2004 October (10th month) was Ubuntu 4.10.

All the LTS (Long Term Support) releases are supported for five years. The last LTS release was Ubuntu 10.04 LTS and Next LTS release is due on April 2012, It will be Ubuntu 12.04 LTS. LTS are released every tw years in the month of April.

All the releases got a code name,  Except for the first two releases, rest all are in alphabetical order.