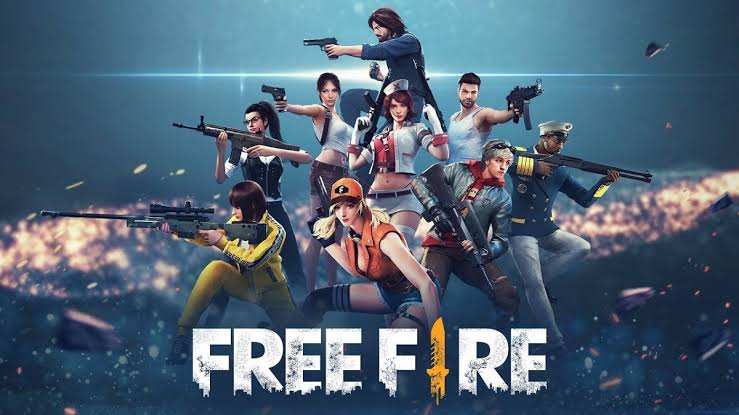 It is a very important part of the game sensitivity is mostly up to you but higher sensitivity while a bit hard to learn will increase head-shot chances. it’s recommended to keep sensitivity above 60.

This is entirely up to you. Keep everything how you want it but try to keep the size of the throwables above 60 (example grenades, gloo walls, landmines etc.) as when in the middle of a fight or when you are getting shot at you will need to put a gloo wall down for cover and if the button size is small you may miss it entirely and get a few extra health points knocked down.

MOVEMENT AND PLACES NOT TO BE

Try not to ever be in a plain open area especially if the safe zone is small it often ends in losing if in an open area for example peak or the area above bimasakti strip you don’t get much cover if for some reason you absolutely have to pass through there then keep jumping while running as it will keep the chance of you getting your head blown off by a sniper very low as it takes incredible skill and luck to head-shot a jumping and sprinting target.

Always keep the gloo wall as your on hand throwable because if you get shot once you probably won’t have much time to switch to a gloo from a grenade or a land mine which will be kept on hand according to the order you picked it up so if u pick a gloo wall up after a grenade or similar equip the gloo wall it will save you much trouble. Pick up HG ammo (hand gun ammo) only if the only gun you got when you landed was some sort of pistol. And throw the ammo away once you get other better guns. Always keep a long range and a close range in your hand as several people think having two shotguns is a bright idea and have been killed off by people who just keep a distance. if you want to keep shotguns stay away from the m1014 or the long auto shotgun it has terrible range and extreme recoil, while the best shotgun is the m1887 it has great range for a shotgun very low recoil and bullet spread is good enough that you won’t miss any targets. the spas12 on the other hand is a great weapon it’s almost as good as the m1887 but its not an automatic but with enough practice it can be quite lethal. when it comes to SMGs you should stay away from the ump it is effective but it’s recoil is so much that even if you keep one aimed at a person’s head and hold the fire button only one or two will reach the enemy’s head that too will be on the hope your target is just staying still. the best SMG is the mp40 it’s got good enough range very little recoil good damage. then the second best comes the Thompson SMG it has very little recoil and great damage but it’s not as common to spawn as an mp40. then the mp5 with an electrical booster is great and even without one it’s good.
For long range just avoid the scar unless you have a good skin and the m4a1 is a good gun for beginners to learn and while the AK-47 has high recoil if you try enough it can be very good too. For weapon attachments there are 4 things the muzzle, for-grip, magazine, stock. the muzzle goes from level 1 to 3 or you could put a silencer which would mean that you won’t show up as a red arrow on the map of you shoot and it becomes better if you have a gun skin which increases rate of fire. Eg the cupid scar.

fore-grip and stock are to reduce recoil it goes from level 1 to 3 and in the fore-grip slot you can equip a bi-pod instead of a for-grip the bi-pod highly reduces recoil but only if you are sitting or crouching. Magazines are very important they go from level 1 to 3 and it also has a variant called double magazine. the higher the level of the magazine the less time it takes to reload and the higher ammo capacity it has the double magazine has less ammo capacity than the level 3 one but it has a faster reload animation and reload time this will come handy for your close range weapons or the ones with higher rate of fire.

WHAT DO TO ONCE YOU LAND

The moment you jump out of the plane don’t open your parachute it will open by itself at a certain height and once you jump press the dive button or the one which puts you into a position of diving as it increases your landing speed try to land first in an area and find weapons fast if you land in an area with other people the first one to get a weapon has a big advantage if you land and see another person get a weapon before you retreat it’s not necessary to win every fight. run for a bit and get armed and get some armor once you think you have enough loot go back to the place you landed for cleaning up any enemy’s low on health after a fight or pick up loot left by opponents. There are 4 snipers in the game namely the AWM, Kar98K, M82B and the Draganov, the Draganov is a sniper which uses AR ammo instead of the sniper ammo and it’s automatic and deals high damage. the Kar98K is a low damage sniper and usually useless without a bio-metric scope. The AWM is a good rifle which deals high body damage and can two shot enemies. the M82B is a sniper rifle that can shoot through gloo walls and deal 99 damage. if you use an AWM don’t equip a silencer on it as an AWM has a chance to deal 300 damage on a body shot but a silencer just reduces the chance while on the M82B silencers are useful as if you are un noticed you can shoot enemies even if the get an idea where your shooting from and lay a gloo wall down.