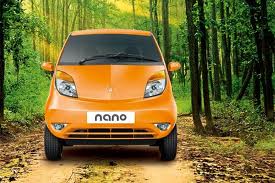 Is TATA Nano a failure

TATA Nano is one of the smallest cars in the world, designed to be the cheapest car in India. The Nano sold in India is a 624cc, rear-engine (for a less complex and hence TATA Nano is cheapest and economic four-wheeler. It is safer and comfortable than a two wheeler, when you drive with a family of two 4 members, espicially in rainy season.

After the initial hypes the sale of TATA nano never took up. The poor sales performance of TATA Nano can be attributed to  the branding strategy. which destroyed this great Indian marvel with around 200 patents.

From the beginning itself, instead of marketing as a chick and fun car, the emphasis was given on the cost. The car was marketed as a poor men’s car.

The main problem with the mass is the stigma attached to buying a “cheap poor men’s ” car. Most of  Indians may not be able to afford 3 square meals, but we cannot afford someone considering us as poor.

The image of the car is somewhat of the old  moped called “Luna”. most of youngsters riding bicycle prefer to save for a motor cycle or at least a scooter, but will never buy a “Luna”

The same way anyone wish to upgrade from a two wheeler will consider buying a used car for the same price of Nano, or will try to spend one lakh more and get a  base model Maruti alto