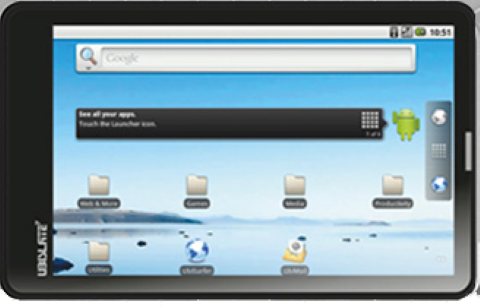 Battle of the cheap tablets started with Aakash tablet from Datawind, Now AAkash is upgraded to Ubislate7 plus, with an improved processor speed and battery life.

Meanwhile Pantel technologies in alliance with BSNL. Both Ubislate 7+ and T-pad are sub INR 3250 tablets with Google android Operating system. So along with android comes a lot of great features. So let us compare both the products. Aakash and UbiSlate7 are same product. Aakash is being supplied to the Government of India for delivering to students across India at a subsidized price.  UbiSlate7 is  the name of commercial version  available for all. UbiSlate7+ is the next generation of UbiSlate7/Aakash  with upgraded features

T-Pad IS701R is manufactured by Pantel Technologies in alliance with Bharat Sanchar Nigam Limited (BSNL), to jointly address the data consumption & ICT needs of Indian consumers by launching a range of Internet Tablets, named “Penta TPAD’s” bundled with the data services of BSNL-3G.

The advantage of T-pad is its processing speed. T-pad lacks the sim card slot, which means you have to relay on WiFi. In India WiFi hot spots are very rare. Any way you can use  USB 2G dongle for GPRS connec tion in T-pad.

Ubislate 7+ got a sim card slot so it is practically a big phone with tab functionality.

You can watch movie, read books and surf internet over wifi on both devices. For Uislate you will have to get a simcard with data package and for T-pad you will have to shell additional money for a usb internet dongle.

So till the time T-pad gets a simcard slot ubislate has the upperhand.