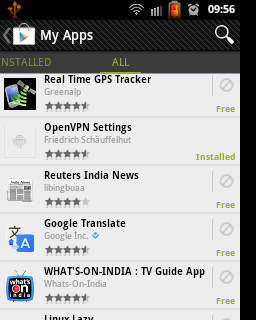 How to delete  apps from Google play store library

Every application you tries out remains in the application library even after uninstalling from the android phone. This feature is beneficial for paid apps, as you can reinstall the app after wiping your android. Normally most of the users uninstalls 40% of the apps within 30 minutes. By the time a user settles with the android phone, Play store library will be having a long list of free apps in the library, among which most of the apps are useless for you.

I prefer my library to contain only the apps I installed in my phone, So that I can easily reinstall all my apps without searching for it after every flashing of new custom ROMs. So the question is how to clear play store history as the option is not available in their website

How to delete these apps from play store library As of now the only way to delete the  apps from Google play library is :-

The main drawback is after deleting every app the list refreshes (reloads) and scrolls to top. If you have a really long list scrolling down to the unwanted apps will be a real pain. You are advised to be on wifi or 3g for deleting the apps.